Who Were the Vikings?

Thor, longships, hammers, and the cold. These are all things that are related to the Vikings. But who were the Vikings? The Vikings were a group of people who lived in the Scandinavian regions between the 7th and 11th centuries. They were known as raiders who struck fear into the surrounding coastlines. As pagans, they channelled most of their endeavours into raiding Christian monasteries as they were usually rich in gold. The Vikings have fascinated historians for many centuries and their tremendous and terrible reputation hasn’t come without merit. Who were the Vikings is a question that archaeologists and historians are still researching today?

Who were the Vikings?

Asking the question who were the Vikings can offer a variety of answers. Despite being renowned for their raiding and violence, they were also famed travellers who were responsible for setting up trade routes that became an integral part of economic stability for countries throughout the world. Who were the Vikings? The Vikings were also responsible for the ‘discovery’ of the Americas. They washed ashore America five centuries before Columbus made an appearance – an impressive feat. But who were the Vikings really and where did they come from? The Vikings originated in Scandinavia. This area encompasses the Nordic territories of Sweden, Norway, and Denmark, and it encompasses the further regions of Iceland and Finland, the Faroe Islands, and Greenland.

While images depict Vikings with wonderful long-horned helmets, this has been considered false. Vikings would have most certainly helmets, particularly into battle, but they would not have been adorned with the horns that we have come to know and appreciate. When preparing for battle, the clothing worn by Vikings was very select. They would have worn a large cloak with a knife belt, leather shoes, and a helmet. Swords were not just pieces of metal in Viking. Swords were considered part of Viking families and would have passed down generations. Other protection and war objects that Vikings would have had in their possession would have been shields, axes, and knives attached to their belts. This gives good context to who were the Vikings and what their origins were.

If people saw Vikings coming towards them, they were naturally terrified. In the 8th to 11th centuries though, people did not refer to them as Vikings. The word Viking was uttered much later, past the 11th Century. Experts and researchers of Viking culture think that the word ‘Viking’ comes from the old Norse word ‘vik’. This meant ‘bay’ or ‘inlet’ in old Norse language. People outside of Scandinavia referred to them as ‘Dani’ which meant Danes in Anglo-Saxon, ‘Pagani’ meaning pagans or they were simply referred to as ‘Normanni’ which translates into Northmen.

The Vikings built small settlements in places they invaded but usually didn’t stay long. Bar when they populated Iceland and Greenland. One place they couldn’t conquer was the Americas. After finding a rich land with flowing water and beautiful mountainous views, the Vikings attempted to set up a homestead there. To their surprise, they were greeted by Indigenous Americans who were not so pleased to see them. Not having enough Viking warriors to overpower them, they swiftly left their settlement in the Americas and returned to their own lands. Who were the Vikings is a great question as it encompasses many answers. They were explorers, craftsmen, raiders, warriors, and traders.

Who were the Vikings?: Viking Longships

After answering the question Who were the Vikings, it’s important to ask, how did they get around? The Vikings were a fascinating people who were aeons ahead of their time in design and society. Despite being known as fierce warriors and raiders, they had sophisticated elements to their culture that made them master craftsmen. They treated their weapons with adulation but they were also proud craftsmen of an object that has long been associated with them – the longship. Who were the Vikings and what is a longship? A longship was an incredible boat operated by Viking warriors who were carving out trade routes, raiding and looting monasteries, and carving out new worlds.

Longships weren’t simply referred to as ‘longships’, they also had a more terrifying name – ‘dragon ships’. They didn’t just have these fabulous boats, but they had designs for different types of situations. Another longboat used by Vikings regularly was known as a ‘knorr’. A knorr was a slower passenger boat that could also be used to transport cargo. Small ships were also used for shorter trips or for their fishing exploits. The sea played a huge role in Viking culture and their lives revolved around domesticated ports. Though they have a skill in shipbuilding, it is their longships that they are best known for.

Longships were the largest and the fastest of the Viking ships available. These are the ones that people would be more aware of as they were used for the operations of raiding and combat. The smaller boats named knorrs functioned more domestically and were used to transport village and town passengers as well as carrying precious cargo like food and spices. They were made using trees from around Scandinavia. Vikings particularly enjoyed whittling oak for their boats as they believed it made them more sturdy. Not just spaces to sail on, Longships had fur-lined sleeping bags which were accompanied by chests which contained their belongings. These chests also doubled up as seats for these sailors. As they rowed themselves, a helmsman would take front and centre and set the pace for the Vikings. This aided them in reaching their destinations quicker. They used the stars to navigate their ships to the places they wanted to get to. Longships were never dull or boring. Vikings decorated them beautifully with fine wooden carvings that struck fear into people. Creatures like dragons and snakes were carved into the wood to strike fear into the hearts of all who saw them. This, in turn, led to Vikings giving their longships names that reflected this. Things like ‘Snake of the Sea’ and ‘Long Serpent’ were used. Viking longships were also incredibly fast. In favourable conditions, longships could reach speeds of up to 15 knots. This would be around 28 kilometres per hour. 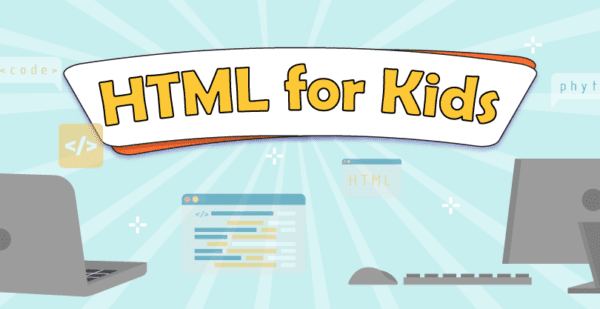