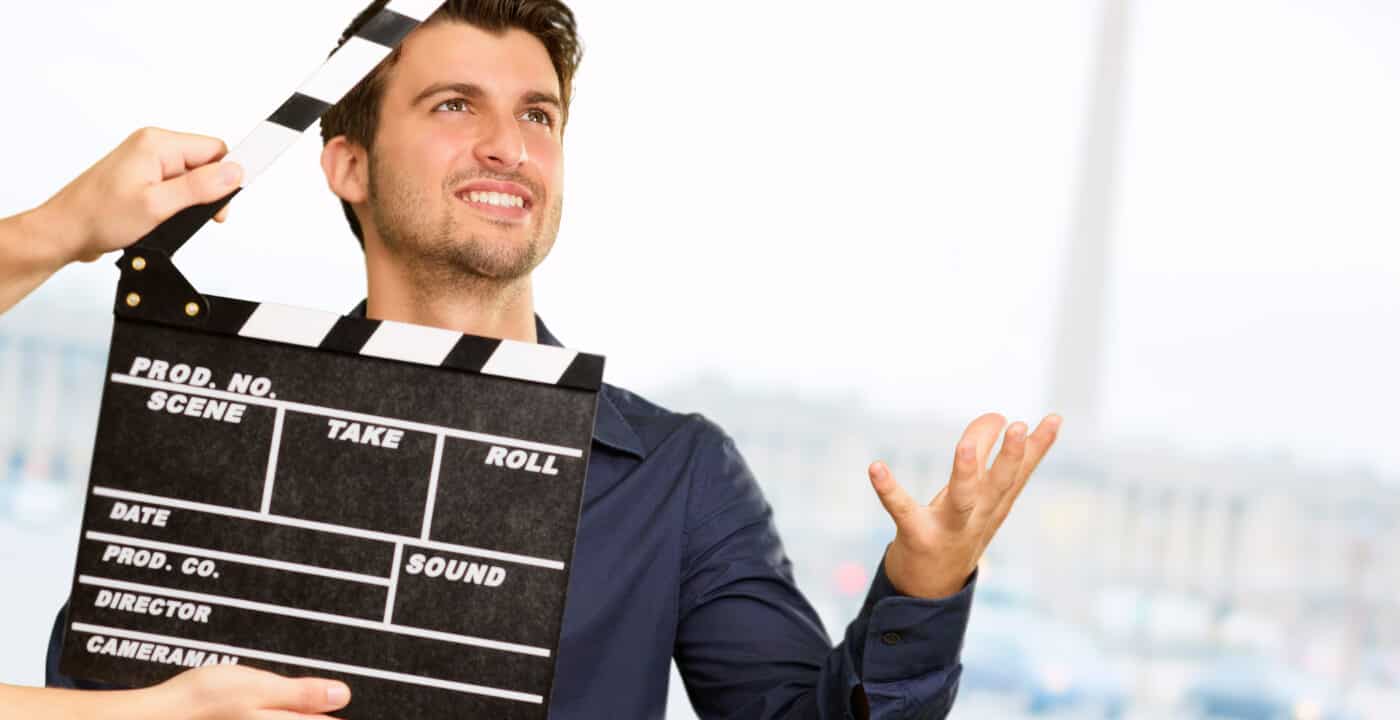 In many media, such as theatre, cinema, television, radio, and video, actors use voice, body language, and movement to convey a character or scene to an audience.

Most of the time, your acting job entails performing a writer’s work while receiving guidance and help from a director; however, occasionally, you may need to create characters or improvise dialogue or actions.

The variety of work is immense, ranging from traditional stage productions and community theatre to tv dramas, radio work, television commercials, and film parts. A position as an actor could include teaching, training, or therapy in addition to giving entertainment.

Finding an agent who can represent them and schedule auditions with prospective employers is a common way for actors to obtain work. However, most actors have received training that enables them to be successful in virtually any performing context. Many actors specialize in a specific acting genre, such as cinema or theatre. An actor’s particular responsibilities might change based on the project they’re working on. Some of an actor’s most frequent work responsibilities are listed below:

You must possess the following qualities to succeed: excellent listening and communication skills; punctuality and dependability; the capacity to interpret and analyze roles; the ability to work well in teams; the degree to accept criticism; perseverance and determination; the confidence to network and follow up contacts; and the self-discipline and stamina to cope with long hours and learning lines.

Additional abilities, such as the capacity to sing, dance, or play an instrument, may be necessary for specific positions. Resilience and persistence are also important.

Acting careers do not formally require a degree or Equivalent qualification. However, you’ll probably need to finish some education in the performing, visual, or media arts. Only a few actors are fortunate enough to get roles without any prior training; the majority will develop their skills over many years, sometimes beginning at a young age.

Current students of any field can get acting experience through your university’s theatre organization. In addition, the abilities acquired via other performing art, such as music, are equally beneficial.

The curriculum at specialized theatre, dance, or other performing arts schools is frequently entirely vocational and hands-on.

Although not required, postgraduate education may be a valuable method to expand your knowledge, network, and contacts. Courses are challenging, and entry is difficult. You can enrol in a summer school or short course that focuses on a specific aspect of acting, such as accent and dialogue coaching, stage fighting, or Shakespeare, or you can complete a one-year MA/postgraduate credential in acting offered by many universities.

It’s doubtful that formal training leading to credentials about your line of work will be offered once you begin working as an actor. As you transition between contracts, you practise and perform new skills, and your CV will reflect this experience. The director may arrange for a trainer to instruct you for a position where you occasionally need to master a new ability, such as a particular style of dance or circus trick.

You’ll need to invest in your career by funding your education. In addition, gaining additional abilities, such as singing and dancing, might improve your chances of getting hired for positions.

The environment an actor works in varies based on the sort of production. Some movies, TV series, and most commercials will be shot in studios and on sets. Observing how a location can be fabricated by set designers and made to appear authentic may be super interesting in and of itself. Other movies and TV series are shot on location and may require extensive travel, often to far-off and exotic places.

Theatre productions take place on a stage and are handled considerably differently from performances captured on film. For specific television series, performances will occur in front of a live audience at theatres and studios. Other performances are held in front of an empty room, and the response is brief.

Actors must be adaptable in terms of where they work and their setting since the workplace is so diverse. Finding a niche will be easier for those who are ready to operate in a variety of scenarios and who can adjust to their various environments.

A background role is where the actor moves about a scene’s backdrop and interacts with other actors. Background performers are sometimes known as extras or atmosphere actors by certain actors. The actors don’t rehearse or repeat lines for these roles because they often don’t need to speak. Background characters frequently occur in movies, television shows, and live performances involving sizable ensembles, such as musical theatre plays.

Side characters frequently speak fewer lines than star characters and are featured in more occasional scenes. Additionally, some supporting roles have a particular function, such as providing comic relief or introducing a love interest for one of the main characters.

A well-known actor or celebrity making a fleeting appearance in a scene is known as a cameo. The performer may not have a line, depending on why they are there. Cameos are utilized for various purposes, from creating a humorous moment to paying tribute to artists like Stan Lee in the Marvel Cinematic Universe.

Recurring actors appear in many episodes throughout a season or the whole series. These actors are occasionally hired when the script calls for them or are under contract for a set time.

A cast member who continuously appears in a television show throughout its duration is known as a series regular. Most of the time, these actors are under contract to appear in a set number of episodes or for a given length. Although many series regulars portray the main characters, it is also feasible for series regulars to perform supporting parts. Being on set for most of the filming might require a series of regulars to memorize lines and moves routinely.

Even if they don’t appear in every episode, actors may be considered series regulars. Mandy Moore, for instance, is billed as a series regular even though she hasn’t appeared in every episode of This is Us. The inverse is also accurate. Even if an actor appears in most of the episodes during a season or if their character is crucial to the plot, that only sometimes makes them regularly on the show.

A guest star is an actor who appears in one or more actors and portrays a character that frequently appears in several scenes and significantly impacts the plot. A famous actor may be invited to appear on a programme as a guest star if the character is essential, as was the case with Sterling K. Brown on Brooklyn Nine-Nine.

Co-stars is a term used occasionally to describe actors. In this instance, they refer to a “co-worker” rather than a day player who makes an appearance on a show.

Advantages of being an actor

Being an actor has several benefits, one of which is that the work is frequently enjoyable. It may be a lot of fun to play different characters and act out scenarios, especially if an actor gets along well with the other group members. In addition, some actors engage in dangerous activities like jumping off buildings or standing atop speeding cars, which may be thrilling and enjoyable.

The range of job settings available to actors is another benefit of the profession. Because they frequently work on film and television sets, actors may travel to various filming sites, which can be an exciting experience and provide them with the chance to travel. In addition, stage actors can also have exciting work settings, such as old-fashioned theatres and historical locations.

3. A variety of performance options

A further advantage for actors is their versatility in projects and performing approaches. For instance, an actor may play a part in a movie, TV programme, or live performance. Actors can also employ various acting techniques, such as humorous, dramatic, and voice acting. As a result, actors may create a variety of resumes that will help them gain employment in various performance-related fields.

Another benefit of becoming an actor is the income opportunity. This is because some actors may command huge incomes, mainly if they take on roles in high-profile or expensive films. Moreover, as their careers advance, actors may frequently make more money since they can obtain more jobs after acquiring experience and mastering various performing philosophies.

On any job they participate in, actors generally collaborate with big teams of people, including directors, producers, costume designers, and other actors. As a result, actors work closely with people a lot of the time. This might be a big positive for those who prefer working as a team. Actors frequently cooperate by coordinating actions, having conversations, and finding methods to communicate behind the scenes onstage.

Several actors, especially those with some years of experience, can even participate in workshopping scripts and scenes. Then, through creative collaboration with writers and directors, they can contribute ideas to their roles.

Disadvantages of being an actor

The subjectivity involved in auditioning is one possible drawback of becoming an actor. However, the majority of directors have distinct ideas about the sorts of actors they want in their casts, and they frequently work to find actors that fit those descriptions in terms of appearance, skill level, accent, and other distinctive qualities. In addition, casting directors may have more alternatives due to the intense competition for all roles, particularly those in high-profile movies.

Actors frequently get through this procedure by showing up to as many auditions as they can. Understanding that an actor could occasionally be excellent for a different part than the one they first read at an audition can also be useful.

The degree of job stability for actors is another possible drawback. This is because actors may only complete a project with an immediate opening for a new part. This could cause unplanned time off, and it might take some time for actors to secure their next assignment. As a result, many actors keep side jobs they may employ to make sure they can pay their bills and handle their other costs to be ready for this.

3. Starting their career with little income

Actors can also experience the difficulty of starting their professions with minimal money. The number of roles available for novice actors might be restricted since many production firms and directors prefer to work with actors who have experience in the industry and competence in particular performing approaches. However, as they finish a few acting tasks and establish relationships in the business, many actors make more money.

Why not check out our article on different types of film or the Ultimate Guide to Animation.