The Inuit – 5 Brilliant Facts about the Inuit 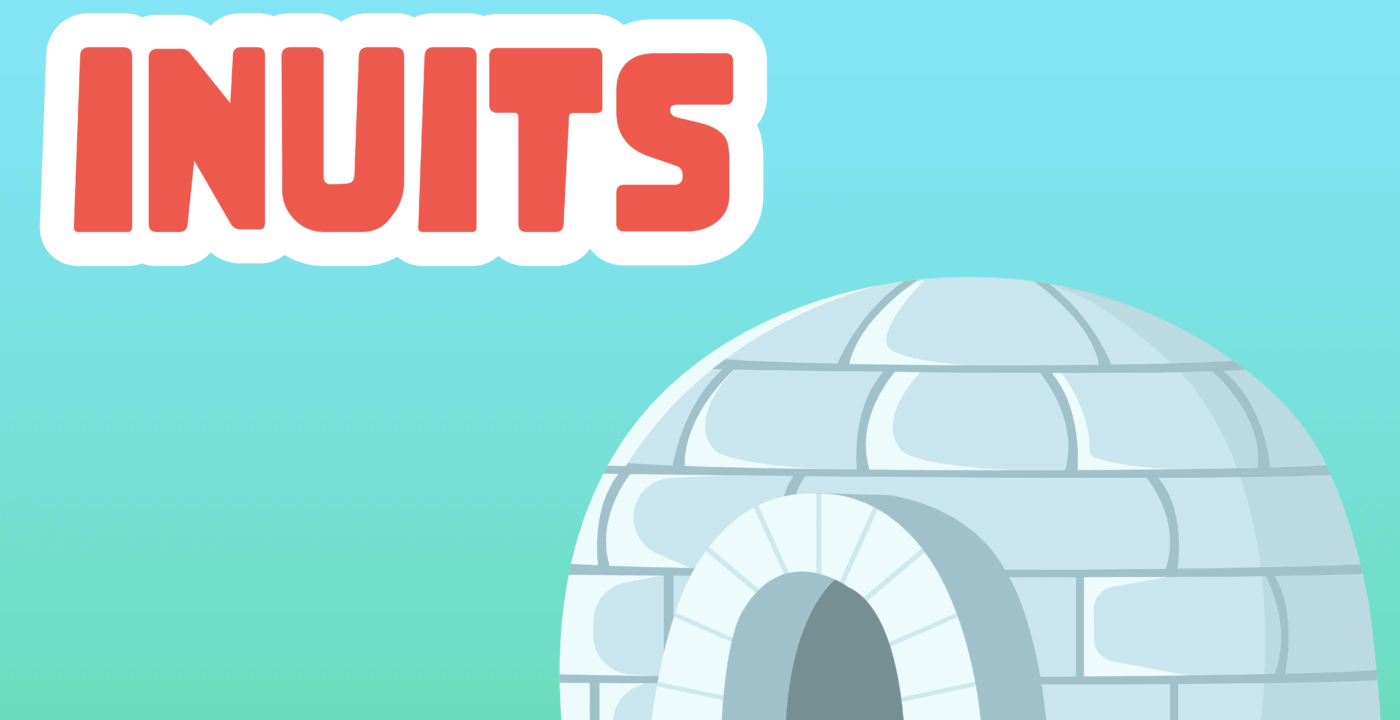 Have you ever heard the word “Inuit” and wondered what does it means? Lets have some fun and read 5 brilliant facts about the Inuit.

In the Inuit language the word Inuit means ‘the people’ so they are described as the people of their tribe. There are many groups of the Inuit around the world in Canada, Russia, Greenland, and Alaska they are all called the Inuit.

Fact Number Two: The Inuit live in houses made from ice called Igloos

The Inuit did not have access to wood to build houses during the harsh arctic winter. Instead of using wood they made houses out of blocks of ice, these are called igloos. They are rounded with an arch for a doorway and are actually very warm inside.

The Inuit were nomadic. This meant they did not settle in one place and instead moved around a lot. They made their houses to be temporary and in the summer when the snow melted they made houses from animal skins and sticks.

The Inuit still exist today and they mostly live in modern houses like you or me but when they go hunting they still use igloos. Igloos are still important to the Inuit.

Fact Number Three: The Inuit survived off of just meat as they couldn’t grow crops

Imagine how hard it would be to get food in a frozen place. The Inuit could not grow food by farming because of how cold it was where they lived. The Inuit ate what they could hunt meaning they mainly ate meat. They hunted birds, seals, whales, and fish.

Because they knew supplies were hard to find they used everything they could from the animals. They used the oil from whales for lamps, they made clothing and tents from animal skins, and they carved animal bones to make tools.

Fact Number Four: The Inuit kiss by pressing their nose to the other person’s cheek

You might have heard of Inuit kisses where you rub your nose against someone else’s nose but this isn’t the way real Inuit do it.

Some Inuit do greet each other by pressing their noses together. This is because their noses are the only part of their body not wrapped up to avoid the cold.

But a real Inuit kiss is called a Kunik. It is done by pressing your nose into someone else’s cheek or forehead. The more you press the more you love that person, just don’t press too hard!

The Inuit moved around rather than creating settlements in one place like other people did. They created ways to travel long distances across the snow by using sleds. These sleds were pulled by dogs and could go really fast. They also invented Kayaks and Canoes to help them go fishing and travel on rivers.

Would you like to learn more about native people who live in America and Canada? Check out our article. Also you can find more about Most Important People in History.