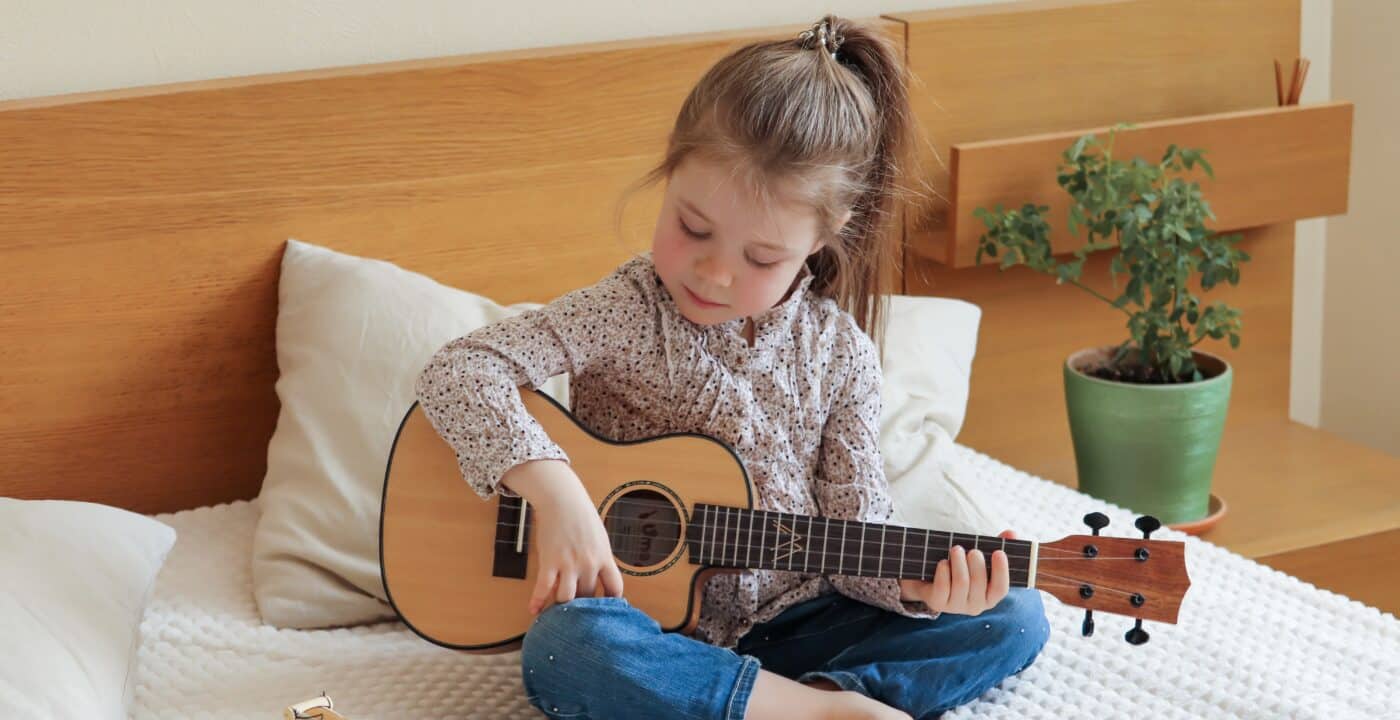 Why, hello there, young learner and experienced adventurer! Learning Mole has a new discovery to share with you! Do you like to listen to songs? Did you ever wonder how a song is made? Have you ever wanted to produce something similar? Well, your chance is here!

The first step to producing such a fun beat is writing! Yes, you heard me! WRITING! Don’t worry. You don’t need to rely on grammar when writing a song, but grammar can still come in handy later.

Let us get down to the beat and tell you the deal! After a relentless search of ups and downs, Learning Mole finally came up with the top 10 steps to write and produce a song!

When writers usually start writing, they attempt a children’s book because it does not heavily rely on grammar. Unlike other genres, we can take up later on at different levels as we improve. Some writers and songwriters love the children’s genre because it is fun and straightforward.

Difference Between A Song & A Lullaby

A song can be used for many different purposes. It can inspire you or relate to your feelings. It can change your mood or support it. It can motivate you or talk you out of something. It can be any different genre. It could be fun, romantic, hippy, soothing, casual, classic, or even sad.

However, a lullaby is a tune used to lull someone to sleep. For babies and children or insomniac people who have trouble falling asleep, a lullaby or a bedtime story does the trick. We have an exclusive article for some lullabies that you can check out!

However, this adventure will give you the tricks that will allow you to write and produce any kind of song later on, but children’s songs are the best step, to begin with.

Steps To Write Your Song

The following steps are inspired by professionals from My Song Writing Coach and The USA Writing Competition.

1) The title of the song should be first

When you start with a title, it’s much easier to write a song with a clear point. Put your ideas into a single to a six-word sentence that says what you really want to say. You could also try to pick a word that stands out to you and makes you think of a certain feeling or situation. Use a picture or a verb in the title to get more people to pay attention.

2) Write down any questions the title makes you think of

Before you say anything, think about what you want to say about the subject heading and what your audience might find helpful.

3) Choose a style for your song

Many modern songs follow this pattern of verse, chorus, verse, chorus, bridge, and chorus. Many popular songs have something called a “pre-chorus” or “lift” between the verse and the chorus to build up to the chorus. Each part of the song—the verse, the pre-chorus, and the chorus—has a unique tune that is easy for the audience to pick out.

Since the chorus is the most important part of the song, that’s where we’ll start to look at it. When writing a chorus, the first thing to do is decide what question you will answer. Write down a few words that describe how you feel.

Use pictures and verbs to bring your explanations to life. What would you find in the singer’s mind if you could read it? Think about how the singer is feeling and how you would describe that. What kind of temperature are we talking about? What do you like better, darkness or light?

Choose a couple of phrases from the ones you came up with in Step 4. Say them out loud. Just say that over and over with a lot of feeling. Make the lines more exciting to help people remember them. If you say the lines with real feelings, your voice will naturally take on a melody and rhythm. Time to start singing the chorus!

6) Choruses should be added to your chorus arrangement

Use a simple chord progression that you can play again and again. You’ll find some useful chord progressions here. (Scroll down to the section about “Chord Progression.”) Try different things with the melody and chords to find a sound you like. Record yourself singing and playing (or just singing) on your phone if you want to share your voice with the world. Don’t take the chance of forgetting it if you don’t write it down.

7) Improve The lyrics to your first verse

Think about the question you chose in the fourth step. Your first line should be a statement, a question, or a description that is interesting and will get the reader’s attention. Your second sentence should either restate the first sentence in a different way or add new information to the first sentence. Don’t rush through the events of the song; give people time to think about them.

So that people can understand the chorus, the first verse should set the scene. Follow Steps 5 and 6 for your verse’s melody and chords.

8) Join the verse in the chorus

Now that you have a verse and a chorus, you need a transition to link them together and make the song flow well. To get from the verse to the chorus smoothly, you may need to change the last line of the verse or raise or lower the melody of the verse.

Chorus melodies are usually more emotional than verse melodies, so they tend to be in the higher note range. This is because when we’re really moved, our voices tend to rise.

Choose one of your questions for the second verse to answer. Go to Step 7 to figure out what the lyrics say. Getting close! Your second chorus will repeat the melody and words of the first chorus. At this point, all that’s left is a bridge.

The bridge is where your music reaches its emotional peak, where the “aha!” moment happens. This is called an “aha!” moment in literature. Try writing just two or three lines of lyrics that say as much as possible about the singer’s situation or feelings. The melody of the verse and the melody of the chorus should be different. Change how long the phrases are or how fast the melody goes to hear what happens. A bridge isn’t required, but it can add a lot to your song.

10) Make an audio recording of your song

It’s one thing to put your thoughts and feelings into music; it’s a whole other thing to make sure your audience hears them. Sometimes, a piano, a voice, or a guitar and a voice can make the most powerful emotional statement. I think you should record a version of any rock songs you’ve written “unplugged.” There is no need for a lot of drums and synthesisers, and they might even be too much.

Make sure you know the instrumental and vocal parts well by practising them both at the same time. When you play or sing, it helps to have as few distractions as possible so you can feel the emotional pull of the music. Just act like you’re speaking and sing it that way. It’s best to only record for short periods of time and then take a break. Don’t let the music or the way you feel get old.

There are a lot of ways to set the mood of a piece of music. You can start with a title, a melody line, a progression of chords, an emotion, or just a rhythm played on the guitar or piano.

If you are wondering why you’d have to go through all the previous trouble to write a song. Let us tell you briefly how essential songs are! We all get that feeling of disinterest in something at some point, and songs help us not only to express ourselves but also to find a new drive. A new drive as in something to motivate us further. However, music is not only a way of expression and a catalyst. It is also one of the essential parts of documenting culture!

Each culture has its own traditions and music. For example, Japanese songs or Celtic songs. Some people can even identify the culture a song belongs to by merely listening to it. Such skill can only be developed if you listen carefully and extensively to that culture in particular.

The songs or music that tend to document culture or a person’s feelings that inevitably becomes part of the cultural documentation are songs worth remembering. Some songs can even come to life by their own beat. It seems to happen often for a song to get stuck in your head which is totally normal for a song that has come to life.

Songs are not just to express or evoke. They are cultural references that are worth listening to and, at some point in time, studying. That’s why we have a few songs we’d like to suggest for you to listen to below as a way of inspiration and, at the same time, show the traces of documentation as well as expression.

There are plenty more to go around. It is okay to start by mimicking an instrument until you master using a specific instrument that you can rely on for your song recording or simply use digital means.

Some digital programs like Adobe Audition allow you to edit and tweak your voice or song recording to add more than one record entry producing a chorus or a background beat. Digital means may need prior knowledge to facilitate your song editing, but in the end, it will all be worth it.

Even if the song does not fully come out as you imagined it to, you can still practice more because practice makes perfect. To see where you could have done better, refer to the previous steps we mentioned and make sure you avoid making the same mistakes as you go on.

Music production does not have a set-in-stone criterion. Even language is subject to change and tweaking its grammar, so it is only natural that the way to document the culture, such as music, is subject to such changes as well.

Now that you have all the essential steps to produce your own song, you should start drafting down those tunes because you will surely need them. If you need more inspiration, look up more people, musicians, artists, and folk music. Even mythology and folklore will inspire your tunes to retell a story as old as ancient times.

So keep coming back for more adventures yet to come. Life is full of wonders, so Learning Mole will keep digging into the knowledge of life to come up with more treasure adventures for every learning mole out there!

Why not subscribe to our LearningMole Library for as little as £1.99 per month to access over 1000 fun educational videos.