How Does Your Amazing Brain Work? 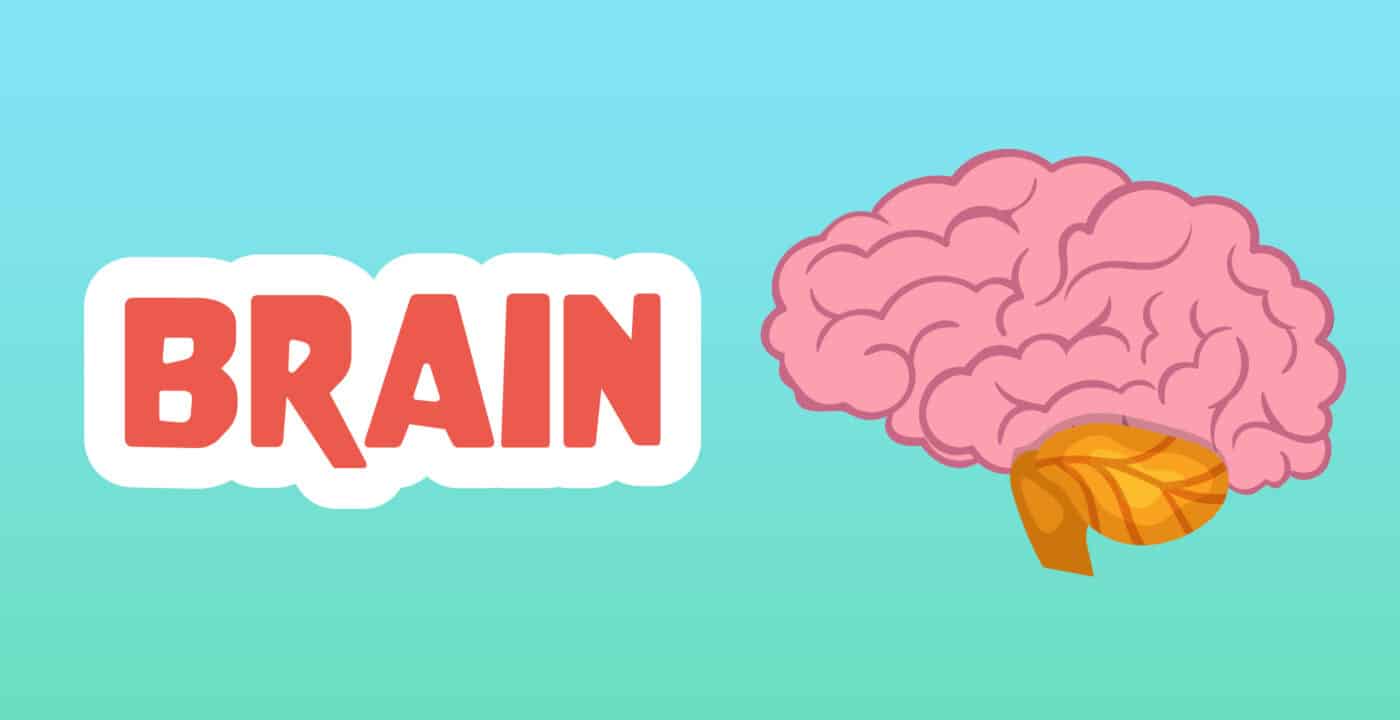 Do you know!! How does your amazing brain work? The brain is a complex organ that regulates emotion, thought, memory, touch, motor skills, vision, breathing, temperature, hunger and every process that controls our body. Supercomputers cannot compare to the speed and power of the brain. The brain can download, process, and respond to the storm of information from your eyes, hearing, and other sensory organs unmatched by any computer.

The brain is around 60% fat and weighs about 3 pounds in a typical adult. It has combinations of water, carbs, protein, and salts, which make up the remaining 40%. The brain is not a muscle but an organ that plays a huge role in controlling muscles. It comprises blood vessels and nerves, such as neurons and glial cells.

The brain is constantly working, whether you realise it or not. A significant fact about the brain is that it can generate enough electricity to power a lightbulb. It may take about  3,000 years to count all the neurons in your brain, roughly 100 billion. A single neuron can only produce a tiny amount of electricity, yet all your neurons working together can power a low-wattage bulb.

How does Your Amazing Brain Work?

The brain communicates with the rest of the body by sending and receiving electrical and chemical signals. Your brain interprets and controls different signals in different processes. For instance, some make you happy, while others make you uncomfortable.

Some messages are stored in the brain, while others are transmitted through the spine and the extensive network of nerves in the body to distant extremities. The central nervous system (nerve cells) uses billions of neurons to accomplish this process.

Long-term and short-term memory are the two types of memory the brain has. Scientists are still figuring out how memory functions, but they know that short-term memory enables us to retain information briefly without having to practise or memorise it. Short-term memory, as its name implies, is limited in what we can remember and short-lived.

The process through which the brain converts information from short-term memory stored into long-term memories is known as long-term memory. This memory can store a limitless amount of data for an infinitely long time. These memories may date back several decades.

What are our Brain’s Main Parts and their Functions?

Our brain can be divided into three parts: the cerebrum, cerebellum, and brainstem. Each part has its functions:

The term “Cortex” refers to the cerebrum’s outer layer of grey matter. Due to its folds, the cortex has a vast surface area, extending from the front of the head to the back, making up nearly half of the brain’s weight. There are two hemispheres, or halves, of the cerebral cortex. It has folds and ridges (gyri) all over it (sulci).

The left half of the brain controls the right side of the body, and the right half the left side. The higher-order functions of the human brain, such as language, memory, reasoning, thought, learning, decision-making, emotion, intelligence, and personality, are collectively controlled by your cerebral cortex.

The cerebrum controls temperature as well as coordinates movement and speech. Other parts of the cerebrum enable thinking, judgement, reasoning, problem-solving, emotions, reading, and writing. Other functions deal with the senses of sight, touch, sound, and others.

The cerebellum, sometimes known as the “hindbrain” and “little brain” in Latin, is a fist-sized area found at the back of the head. It is above the brainstem and below the occipital lobes, and the temporal. It features two hemispheres, just like the cerebral cortex. The inner part connects with the cerebral cortex, while the outer portion contains neurons.

The cerebellum’s job is maintaining posture, equilibrium, and balance while coordinating voluntary muscle movements. Also, the cerebellum plays essential functions in intellect, social interaction, and emotion. Even though it only makes up about 10% of the brain’s overall weight, the brain contains up to 80% of all the neurons.

The stalk-like bottom part of your brain is known as your brainstem. It links your spinal cord and brain. The brainstem communicates with the rest of your body and sends messages to control balance, breathing, heart rate, and other bodily functions. Your brainstem’s functionality may be impacted by sudden trauma, heart or brain problems, or both.

The brainstem includes the midbrain (mesencephalon), the pons (metencephalon), and the medulla oblongata (myelencephalon).

The midbrain or “Mesencephalon” is a highly complex structure. It has a variety of distinct neuron clusters, neuronal pathways, and other structures. These traits make it easier to do various tasks, including listening, moving, responding to environmental changes, and figuring out responses.

The midbrain forms the topmost of the brainstem. It serves as the spinal cord’s connection point with the brain. The three primary structures that comprise the midbrain are the tegmentum, colliculi, and cerebral peduncles.

The pons, which means “bridge” in Latin, is the link between the midbrain and the medulla. It is the origin for four of the 12 cranial nerves, enabling various functions like tear generation, concentrating eyesight, hearing,  chewing, blinking, balance, and facial expression.

It manages tasks and unconscious operations, including breathing and your sleep-wake cycle. It also has several junction points for nerves that control muscles and transmit information from your face and the head.

The medulla is a tail-like structure where the brain and spinal cord meet at the base of the brainstem. It considers an opening at the bottom of your skull. It is also known as the medulla oblongata. A medulla is necessary for survival. It is vital for communicating between your spinal cord and brain. The control of your respiratory and cardiovascular systems depends on it as well.

What is the Thalamus?

Thalamus is in the centre of your brain and above your brainstem. We have two side-by-side thalami, one in each hemisphere (side) of our brain, even though they may appear to be a single structure.

The thalamus is responsible for processing all sensory processes from your body, except smelling, before transmitting to our brain’s cerebral cortex for interpretation. The thalamus is also involved in learning, memory, consciousness, alertness, and sleep.

Lobes of the Brain and Their Functions

Do you know what are the lobes of the brain and what each of them controls? The frontal, parietal, temporal, and occipital lobes are the four portions that make up each cerebral cortex (part of the cerebrum).

The largest part of the brain that controls personality traits, judgement, expressive language and movement. It is located in front of the head, behind the forehead, occupying about one-third of the cerebral hemisphere. A portion of the frontal lobe is typically involved in smell recognition. Broca’s region is in the frontal lobe, which is connected to speech ability.

It is located in the middle of the cerebral cortex, above the occipital and temporal lobes and behind the frontal lobe. It occupies about one-quarter of each hemisphere. It assists in object identification and the comprehension of spatial relationships, which include comparing one’s body to the surroundings. The interpretation of touch and pain experienced by the body also involves the parietal lobe.

The occipital lobe considers the brain’s smallest lobe that controls visual perception, including colour, motion, and form. It is situated beneath the skull’s occipital bone and at the back of the brain, behind the temporal and parietal lobes. The occipital lobes have two sides in the left and right hemispheres of the brain.

The lower lobe of the cortex is situated just close to the ear and connects the two hemispheres. It considers the second-largest lobe in the human brain. It takes up 22% of the brain’s total volume. It is on the sides of the brain that have a role in short-term memory, speech, musical rhythm, and to some extent, smell perception.

More in-depth Structures Within the Brain

The pituitary gland is a pea-sized organ located deep within the brain beneath the nose’s bridge and is sometimes called the “master gland.” The pituitary gland gets chemical signals from the hypothalamus for further action from another gland or directly into the bloodstream. Vasopressin and oxytocin are two hormones made by the posterior lobe.

This gland maintains the function of other glands in the body and regulates the flow of hormones, metabolism, and reproduction, including the thyroid, adrenals, ovaries, and testicles.

The hypothalamus contains two groups of nerve cells that are responsible for hormone production. One group of cells produces hormones, which are then transported by the pituitary stalk to the posterior lobe of the pituitary gland and then released into the bloodstream. These hormones are oxytocin and anti-diuretic hormone, also called vasopressin. The anti-diuretic hormone controls body fluid balance and stimulates water reabsorption at the kidneys, keeping the body from dehydrating. In nursing and during birthing, oxytocin increases uterine contraction.

The hypothalamus transmits chemical signals that control pituitary activity above the pituitary gland. It regulates body temperature, synchronises sleep cycles, and affects some aspects of memory and mood in addition to controlling appetite and thirst.

The limbic system’s amygdalae are tiny almond-shaped structures found beneath each hemisphere of the brain. It controls emotion, motivation, emotional responses, and memory. They are linked to the brain’s reward centre, stress, and making choices in the face of danger.

The hippocampus is an organ with a seahorse-like curve on the underside of each temporal lobe. It is a component of a larger structure known as the hippocampal formation, which important part of the limbic system. It gets data from the cerebral cortex and could impact Alzheimer’s. It helps with memory, learning, navigation, and spatial awareness.

Deep inside the brain, the pineal gland is a tiny gland connected to the third ventricle’s top by a stalk. It’s a part of our endocrine system called the conarium, epiphysis cerebri, or pineal organ. Melatonin is released into the blood and perhaps also into the cerebrospinal fluid, the fluid surrounding the brain in response to light and darkness, this hormone secreted by the pineal gland controls the body’s daily clock and the sleep-wake cycle.

The subarachnoid space surrounding the brain, spinal cord, and the brain’s ventricles is filled with a clear, watery fluid called cerebrospinal fluid, also known as CSF. About 70% of the volume of CSF is produced by the choroid plexus of the ventricles, most of which comes from the lateral ventricles. Our brain and spinal cord are cushioned and protected from harm by this liquid surrounding them. It is also responsible for feeding our brain nutrition and eliminating waste and pollutants.

Here are some Facts about the Brain

The human brain has been compared to several things, including a clock, a computer, and the internet. You may be astonished to learn that the brain continues to exceed even the most powerful computers in existence in every test conducted.

According to the most recent studies, the brain has a memory capacity at the petabyte level. Amazingly, this is roughly equal to the quantity required to store the entire internet!

Why not check out some amazing heart facts!