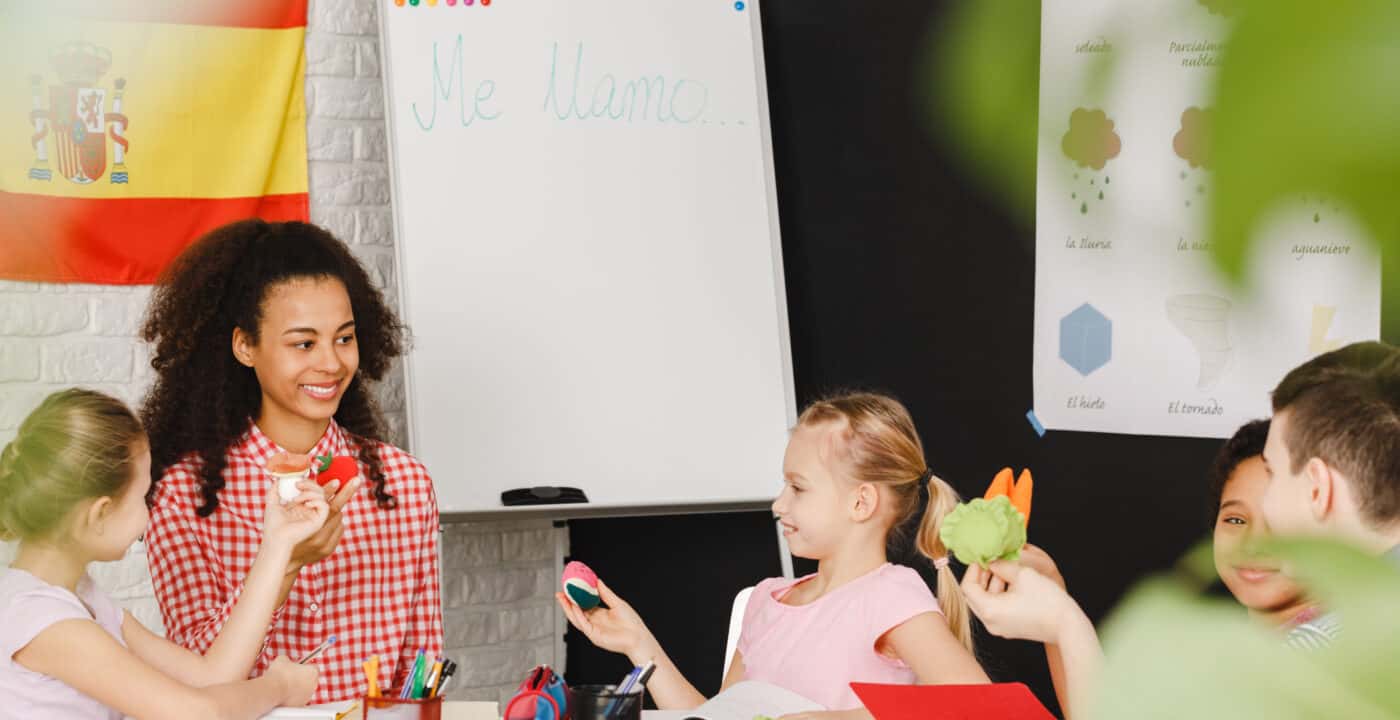 While different cultures have different symbol systems, one symbol is common to all: Language. Language is a system of signs through which people communicate and transmit culture.

Some languages ​​contain symbolic systems for written communication, while others rely solely on verbal communication and nonverbal behaviour.

In each case, the symbols we use represent other things, such as physical objects or ideas; they do not directly correspond to the items they refer to.

Unlike ancient Egyptian hieroglyphs, where there is often a literal relationship between literal symbols and the objects they refer to, characters used in modern languages ​​don’t look like the objects or ideas they refer to.

Languages ​​have appeared (or been invented). Perhaps it was developed once by our earliest ancestors – may be the first to possess all the genetic and physiological traits needed to create complex sounds and organise them into strings. This is called a single gene.

Or maybe it was invented multiple times by many people – polygenic. We can try to reconstruct earlier forms of Language. Still, we can only do so because the change cycle eliminates any possibility of reconstruction. Many say we can only go back about 10,000 years before the road gets colder. So maybe we’ll never know.

Fortunately, information has never been more readily available than it is today. You can learn a lot just by consulting reputable sites, e.g. Learning Mole, Connolly Cove, etc. Libraries remain one of the best sources of information, and there are free public libraries in most parts of the world.

We will explore different aspects that we should learn about language. Those aspects revolve around how language is constructed and learning a new language.

Children need regular exposure to a new language to master it, whether it’s a first or a twelfth language. Children can only begin to build the vocabulary, grammatical structures, and language patterns that lead to fluency through constant exposure.

These three elements are the cornerstones of your language practice, and an effective study plan maximises them;

Then, you’ll discover your language skills will grow more. After all, learning a new language is not an easy task. It takes years to become fluent in any language, even for adult learners.

To make sure your child stays motivated, it can be more productive to help them enjoy the process – if possible, put it into practice. As language learners, there is nothing better thanusinge their new skills in real life!

2) Language as a Tool

While speech is often used to convey information (“turn right at the next traffic light, then go straight”, “insert label A in slot B”), this is only its most common function.

Language also enables us to acquire knowledge, draw conclusions, set and achieve goals, and understand and communicate complex social contexts. Language is the foundation of our ability to think, without which we would not be as bright as we are.

Learning a foreign language allows you to understand thoughts and ideas that may differ from your culture. You can learn about customs and understand how people interact in a particular society. Language helps preserve culture and allows us to understand others and spread ideas quickly.

Words are not the Only Form of Communication.

Although most human communication is non-verbal (we can express our thoughts, feelings, and thoughts through gestures, expressions, sounds, and emotions), Language is vital for personal communication.

Whether you can talk to a friend, partner, or family member, these types of interactions require a common language. When people communicate with each other, they exchange different forms of meaning, such as ideas and information, through a standard system of symbols.

Typical communication might include journaling, watching TV, talking to friends, and making phone calls. It is estimated that people spend more time communicating than any other complex activity.

Human communication occurs at many levels, from the most straightforward interpersonal and group communication between friends to the mass communication experienced in public speaking, magazines, or news broadcasts.

Communication is not limited to communication between people. It also refers to activities that do not involve humans—for example. The word communication can describe how animals relate to each other.

Likewise, it is often said that electronic devices communicate with each other. All of these exchanges happen because the participants in the process share a common understanding of certain symbols and communicate in a systematic or orderly manner.

Symbols are not the Only Form of Communication.

The vast majority of human communication is symbolic, which means there is a degree of arbitrariness between concepts and modes of communication. Both verbal and nonverbal communication conveys a meaning to the interpreter of the sign, not the sign itself.

Symbols are considered to be signifiers (signifieds) that represent meaning. Auditory language, words and symbols in printed visual form, objects, fashion and clothing, and human individuals and events can all be classified as symbols.

Any entity, natural or social, physical or spiritual, material or immaterial, can be a symbol as long as it can be used to represent something else.

One definition primarily sees Language as the mental capacity that enables humans to engage in linguistic behaviour: learning Language and producing and understanding utterances.

Proponents of the idea that humans have an innate drive to acquire Language argue that all cognitively normal children grow up in language-accessible environments and develop Language without formal instruction.

Languages ​​can even develop spontaneously in environments where people without a common language live or grow together, such as Creole, and spontaneously developed sign languages ​​, such as Nicaraguan Sign Language.

This view goes back to the philosophers Kant and Descartes. They believed that Language is innate mainly, as in Chomsky’s theory of universal grammar or American philosopher Jerry Fodor’s extreme natural theory.

These definitions are commonly used in language studies and neurolinguistics within the cognitive science framework. Language is a structured communication system.

The structure of a language is its grammar, and its free components are its vocabulary. Language is the primary means of human communication and can be transmitted through spoken, signed or written Language.

Many languages, including the most widely spoken languages, have writing systems that allow sounds or characters to be recorded for later reactivation. Human Language does not depend on a single transmission mode (visual, auditory, etc.) and varies significantly across cultures and time.

What is Language? While most people use Language every day, pinpointing it can be a tricky concept. Language is essentially a term for any complex communication system used by humans, consisting of words and phrases that, when combined, can produce infinitely variable utterances.

How humans first developed Language is not entirely clear, and linguists are still studying it. Most people learn at least one Language in early childhood. Suppose a person lacks language skills from an early age. In that case, they will never be able to use a language fluently due to the development of the human brain.

4) Components of a Language

The three main components of Language. These components are form, content and purpose. The paper includes three sub-components: syntax, morphology and phonology. The range is also called semantics, and usage is called pragmatics. We’ll look at the form’s subcomponents.

The Seven Components are:

By changing the texts you read with your child, you are also effectively promoting these seven areas to improve reading, writing, speaking, listening and comprehension. Your child will also learn these through activities at school, so you must memorise what they have learned and develop activities at home to strengthen these skills.

As you work more with your child, you will also be able to learn about the specific problems they are struggling with. Therefore, building a good relationship with your child’s teacher is vital to improving their reading and writing skills.

Children should be encouraged to enjoy Language. To help your child learn and have fun with you as they complete their literacy assignments, you can promote fun family games such as educational games like Scrabble.

Not only will this teach your child the different components of Language, but you’ll also teach them that learning language and literacy in a supportive environment can be fun and exciting.

They also teach them to think critically and promote opinion formation and understanding through discussion of texts and literacy activities.

Each Language has its unique system of patterns that make up the phonetic system of that Language. In some cases, syllable types are severely restricted.

This strict syllable structure is well displayed when English words are borrowed from Japanese, as with many baseball terms. For example, the English word Strike, which has only one syllable, has five syllables in Japanese (/su-tu-ra-i-Ku/) because each consonant must have its syllable. Each syllable can only have one vowel.

Note that the letter “i” in English is pronounced /ay/ and contains consonants. Likewise, the Japanese word for baseball has four syllables.

According to most language standards, English allows fairly complex syllables: the word Sixth ends with four consecutive consonants (since “x” is two: [ks]).

However, to truly understand language diversity and ultimately come closer to explaining why people speak so many different languages, we need to consider the physical environment of language users and their social and historical backgrounds.

For example, many languages ​​have many different dialects within them. These dialects are similar to the base language, with only minor differences according to local customs. On the other hand, some dialects can be so different that they appear to be completely separate languages. When these questions arise, linguists often disagree about how Language should be calculated.

And these languages ​​are not randomly distributed across the planet. For example, there are far more languages ​​in tropical regions than in temperate areas. Over 900 languages ​​live on the tropical island of New Guinea. Russia is 20 times bigger and has 105 indigenous languages.

Even in the tropics, the variety of languages ​​is very different. For example, the 250,000 people living on Vanuatu’s 80 islands speak 110 other languages, but in Bangladesh, 600 times that population speaks only 41 languages.

Our brains are primarily designed to process Language and thoughts. A large part of our brainpower is dedicated to this function. This is why learning a new language is so beneficial; it exercises your brain in new ways.

Our brains constantly process information through Language— this is how we interact with the world around us. Therefore, we must have a well-functioning brain to effectively use and understand Language. Learning language is essential for the human race; it helps people from all over the world communicate with each other.

In addition, it helps you learn about different cultures and can enhance your mental understanding in several ways. We must ensure that everyone realises through speech and text through the Internet at an appropriate age if we want everyone to be smart enough to use them effectively.

Come and check our videos about language: Hindi Language and Phonics.