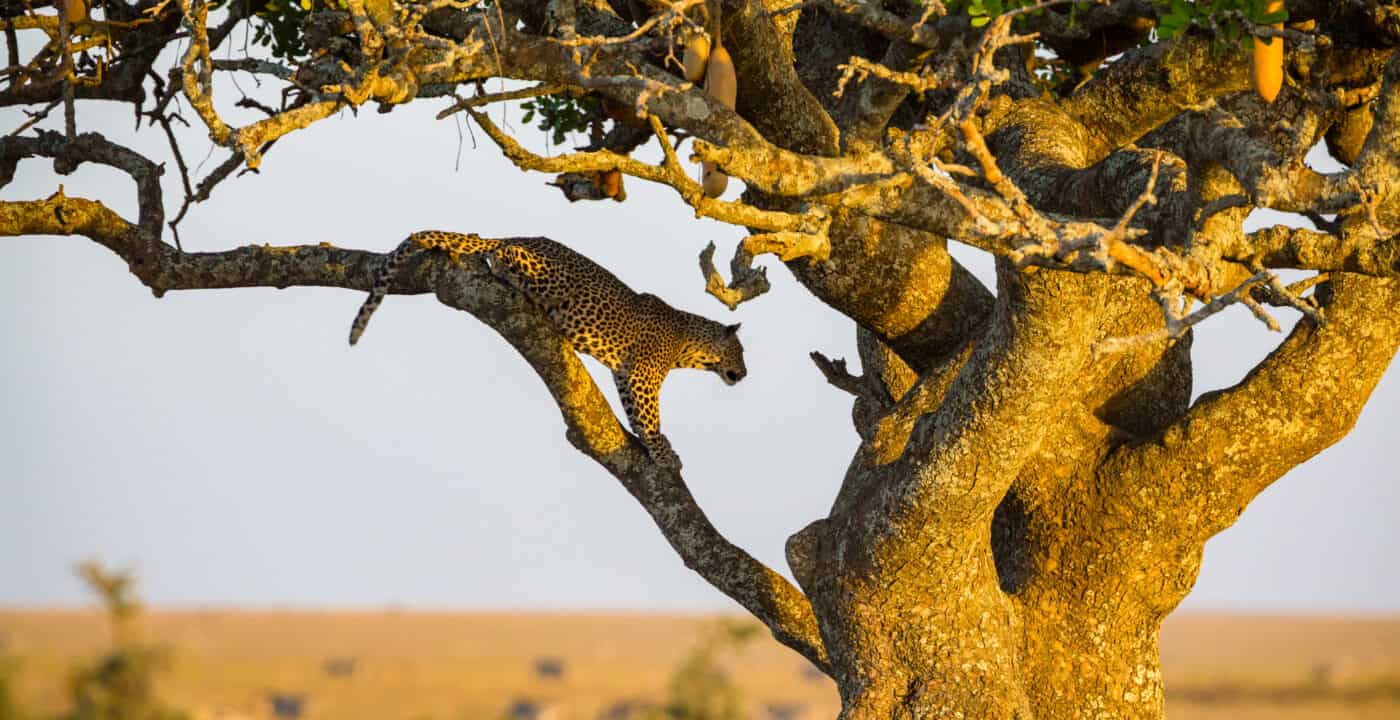 Trees belong to the kingdom of plants, distinguished by having a primary stem with woody tissues from which several secondary types and limbs branch off. Trees are an essential part of maintaining the environmental balance. They are generally divided into two main types; deciduous trees, which are trees with falling leaves, and evergreen trees, which are renewable trees at all times of the year and do not entirely lose their leaves.

Trees are considered a natural painting due to their beauty, and they are plants found on the earth’s surface. The sizes and shapes of trees vary according to their types. Trees need constant care by humans in order to grow well.

The world celebrates on 15 January yearly, a day known as The World Tree. Trees are planted and taken care of on this day because of their great benefits. Most trees are distinguished by their green colour, soothing the nerves and the eyes.

Trees are available in considerable numbers in this world. In addition to their beautiful appearance, they provide many benefits to humans, animals, the environment, the atmosphere, health, and society.

They protect the atmosphere from pollution because, unlike humans, they absorb carbon dioxide and make food. Instead, it releases oxygen, the basis for human existence on this earth. A person breathes oxygen, and one tree is sufficient to produce enough oxygen for approximately four people.

Forests and gardens are a habitat for many creatures that together form an integrated biological system and a place of attraction for visitors who enjoy looking at green spaces and using that to improve their health and communication with others.

The following is an explanation of each type separately:

Deciduous trees are usually widespread in temperate and tropical regions, referred to as trees with broad leaves, and are characterised by falling leaves in a specific part of the year. The reason behind leaf fall is the weakness of the photosynthesis process in the winter, whether in polar or temperate regions.

As it requires the growth and survival of its leaves to quantities that exceed the amounts it receives from the light, it weakens and falls. In dry areas such as the tropics and subtropics, the dry period is the reason behind the leaves losing because the trees suffer from the lack of rain, as they need abundant amounts of water to continue. The process is called Getting rid of the leaves and falling off is called the process of isolation Abscission.

Among the most prominent examples of deciduous trees are the following:

Evergreen trees keep their leaves throughout the year and in various seasons, and this type of tree is spread in all regions except for the scorching tropical areas. In contrast, the species that live in hot regions have adaptive methods that protect them from drying out due to water loss; this includes a layer of wax on the surface of the paper.

This type of tree represents the permanent shelter of many living organisms, providing many benefits to humans, such as protection from strong winds, reducing the temperature by covering houses from sunlight, reducing noise, and others. Among the most prominent examples of evergreen trees are the following:

Monocotyledon plants follow the class of plants covered with seeds or flowering plants. They are distinguished by the fact that their seeds contain one cotyledon or one embryonic leaf and that their leaves are often with parallel veins, and monocotyledons include the following families:

Dicotyledons are the largest group among flowering trees, also known as plants covered with seeds. The plants of this group are distinguished in that their seeds contain two cotyledons or two embryonic leaves. This group includes approximately 200 thousand species of plants of this type. Among these factions are the following:

It includes the following species:

It includes the following species:

An example is the coffee tree.

An example is the large teak tree.

Examples include trees belonging to Pachypodium.

Gymnosperm plants are known as plants that do not produce flowers, and their seeds are exposed. Therefore, it is easy to spread with the wind, and there are more than a thousand species of naked-seeded plants, all of which belong to 4 main divisions, as follows:

This group includes part of the largest, tallest, and oldest trees on the planet, which are evergreen trees whose leaves are needles, and one tree bears female and male cones, and some examples of them are the following:

They are evergreen trees with large, feather-like leaves and long stems and differ from conifers in that trees bear only female cones, and others bear only male cones.

An example of a deciduous tree with fan-shaped leaves is the Ginkgo biloba tree.

This group includes some trees and shrubs, but most are woody vines that climb around other plants. An example is the plants of the genus Velvicia.

What are the most beautiful types of trees in the world?

Our world is full of wonders and fascinating nature. Trees are no exception. Here is a list of the most beautiful trees from all over the world:

Japanese maple trees are tall; they do not grow to more than 8 meters in a hemispherical dome shape. Tree leaves vary in size and shape based on the tree’s genetics. This tree is characterised by different colours, such as pink, purple, burgundy, white, red, and indigo. These trees are found in Japan, North Korea, South Korea and some parts of Russia.

Wisteria is one of the world’s most adored and popular ornamental trees. Wisteria is an aquatic flowering plant that belongs to the pea family. These flowers come in various colours: purple, pink, violet or white. Wisteria is the inspiration for many works of art and paintings in Chinese and Japanese cultures, and it is often presented as good luck trees.

This type of tree is one of the most distinctive trees worldwide. If you want to see this species, you can go to the northern hemisphere, as it is widespread throughout Asia, the Americas and North Africa.

Cherry blossoms or sakura as they are one of the most common, beautiful and well-known trees in Japan. It is the national tree of Japan, which is seen all over the world.

Rainbow eucalyptus trees are one of the most unusual trees in the world for their picturesque nature. This tree is distinguished by the colours of the rainbow, as is evident from its name. This species is found in natural habitats.

General Sherman is one of the most giant known trees in the world. This tree is located in the Giant Forest National Park of California. These trees rise to great heights on the slopes of the Sierra Nevada in California.

These giant trees are located on vast areas of water bodies. It is characterised by its supporting roots to support the whole tree. Trees survive even in salt water and swamps. This type of tree is found in Florida, Texas and Louisiana in the United States of America and also in some parts of Hawaii.

West Indies mahogany is the national tree of the Dominican Republic. It is widely seen in Cuba, India, the Bahamas, and Jamaica. There is a wide disagreement among citizens about the origin of the name of this tree.

Also known as the baobab tree, the upside-down tree, or the monkey bread tree. These trees are found in the tall, dense tropical forests of Madagascar.

Horse chestnut trees are called Conker trees, and the seeds are used to make Conkers toys.

Araucaria Araucania trees are picturesque trees whose existence dates back nearly 200 million years, meaning they have been around since the age of the dinosaurs. These trees are found in the central and eastern parts of Chile as well as in Argentina. Araucaria is the national tree of Chile.

This tree is one of the trees that resembles a Christmas tree, found primarily in the Swiss Alps and the mountains of Central Europe. The leaves of this tree are thin green.

Phoenix blood trees, also known as the blood of the two brothers or Dracaena vermilion, because of the red sap it produces. It is one of the common tree species on the islands in the Indian Ocean. Its natural habitat is in Yemen.

A tree is a woody plant that regularly renews its growth, which means it is perennial, but how do you know the tree’s age? The answer to this question lies in the annual tree rings, where most plants classified as trees contain a single self-supporting trunk with woody tissues. However, in most species, the trunk produces secondary limbs branches are called branches.

For many, the word tree conjures up images of ancient, strong, and majestic structures such as oaks and sequoias, the largest and longest-lived in the world. Although most of the terrestrial biomass is represented by trees, the diversity of life on earth is the primary importance of these seemingly ubiquitous plants.

As for the shrub, it is a woody plant that has several stems and is usually less than 3 meters (10 feet) tall. When it is highly branched and dense, it is called a shrub. However, some shrubs, such as lilacs and honeysuckle, grow under particularly favourable environmental conditions to the size of a tree or even a tiny tree.

What is the difference between trees and shrubs?

A person should assume responsibility towards the environment around him, including protecting and preserving trees. Here are some crucial tips in this regard:

Why are trees important?

Trees have many benefits, including:

Trees are available in abundant numbers in this world. In addition to their beautiful appearance, they provide many benefits to humans, animals, the environment, the atmosphere, health, and society.

If you found this article interesting, you may also like reading about Stones and Healing Stones.